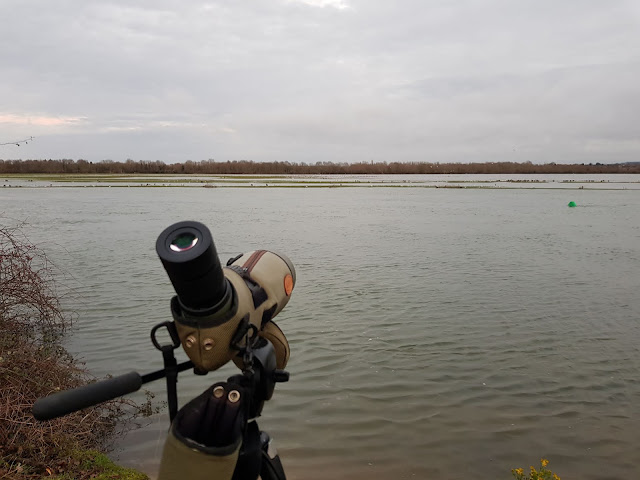 Back to Oxford for the start of term and back to patching Port Meadow. Feel really privileged to live right next to this amazing site and even more so now that we are in another national lockdown. Port Meadow is a large area of common land on the west side of Oxford adjacent to the River Thames, which floods regularly in winter. These floods attract huge numbers of birds, including overwintering wildfowl such as wigeon, teal, pintail, roosting goosander and a large feral flock of barnacle geese; waders including lapwing, golden plover, redshank, ruff, dunlin and black-tailed godwits; and best of all, a substantial gull roost.

The roost (likely to actually be a pre-roost for Farmoor, with birds continually departing in that direction) gets going about an hour before sunset and therefore I aim to be in position at around 15:30 at this time of year. Views of the roost are typically distant and challenging in the fading light, but can be extremely rewarding, with regular Caspian and Yellow-legged gulls.

My first week back on the patch yielded a few good birds. Over the Christmas break, the river burst its banks and joined to the floods in the middle of the Meadow. The waters had receded slightly upon my return creating a set of thin islands running along the edge of the river, which is typically very productive. When the Meadow is like this, I usually watch from the opposite bank of the River Thames next to The Perch pub, but on my first day back I hadn't realised the floods were this extensive and so went straight to the usual watch point near the Burgess Field gate. Arghh! All the birds were miles away at the north end of the floods, but I just about managed to pick out a 2w Caspian gull - an individual also seen last year at Port Meadow and Farmoor. Nice year tick! Given that most of the large gulls were too far away I switched to going through the Black-headed gulls resting on the water nearer to the viewpoint, and almost immediately picked out a nice 1w Little gull. Patch tick for me and the first on site for a few years so a really good record for the Meadow. It took off immediately after I spotted it so I jammed my phonescoping adapter onto the eyepiece and managed to get a couple lucky shots of it in flight before losing it in the melee.

The next day I went straight to The Perch and set up the scope facing the islands, where a large number of gulls were loafing. This was very productive and I ended the session with 5 Caspian gulls, a personal best tally for me on the Meadow. At least one of these birds (the first 1w, and possibly the adult) was a new individual for me. There were also several Yellow-legged gulls of varying ages.

As well as the Caspian gulls I noticed a distant 2w Common gull with a very dark mantle and dark tertial spots. The mantle colour alone, being only a shade lighter than graellsii Lesser black-backed gull, probably rules out nominate canus. The bird also had a brown wash to the coverts although the distance made it hard to discern any detail. It didn't seem structurally different to the surrounding birds so not an obvious Kamchatka gull (with longer bill and more angular head - although that doesn't mean it isn't one!), and regrettably didn't flap its wings or fly so no chance of seeing primary pattern or whether it had black in the tail. Hope it roosts again else it's the one that got away - but although not identifiable subspecifically I'm putting it down as an "Eastern"-type Common gull... 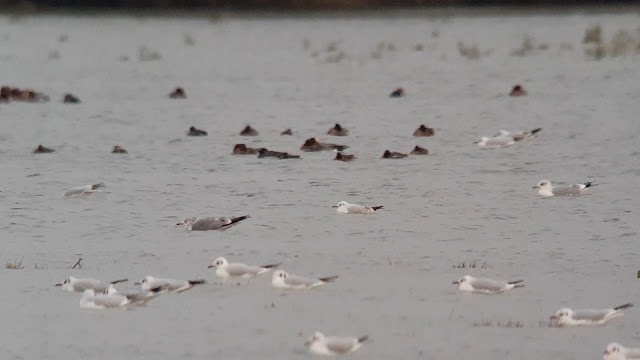 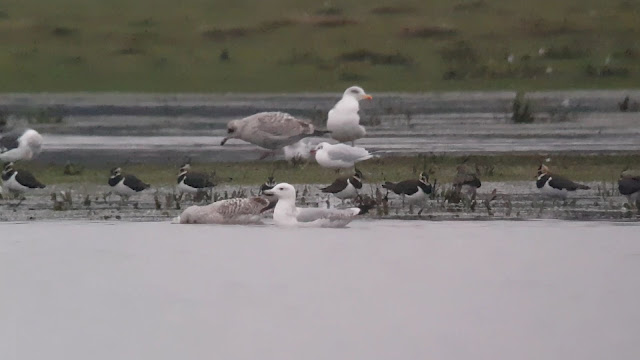 This was an interesting bird which I'm guessing is a 3w Herring x Lesser Black-Backed gull. Marginally lighter mantle than the surrounding graellsii (although too dark for Yellow-legged gull), with structure more reminiscent of Herring gull. Had quite a streaky head. 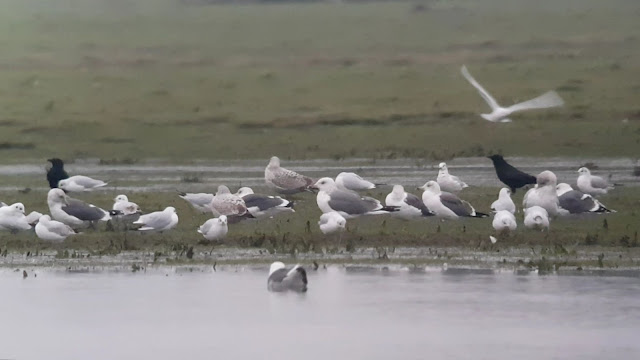 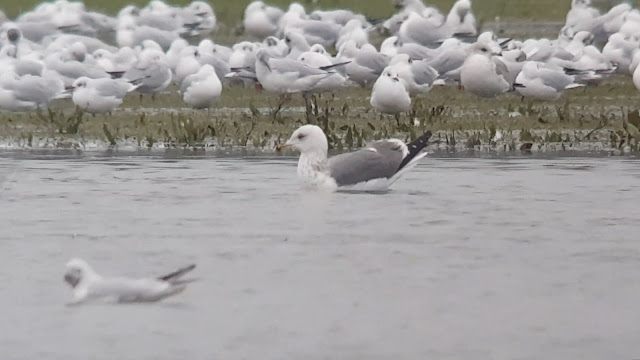 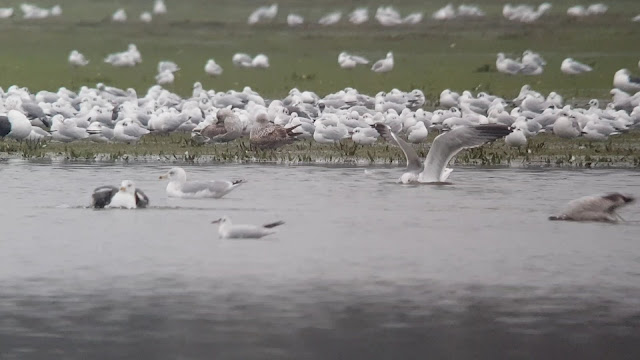 With the patch on my doorstep I'm fortunate enough to be able to visit for exercise without needing to travel - something that I'm very grateful for in the current situation. Together with the small team of dedicated Meadow birders I'm hopeful that some good finds will be unearthed in the coming weeks. 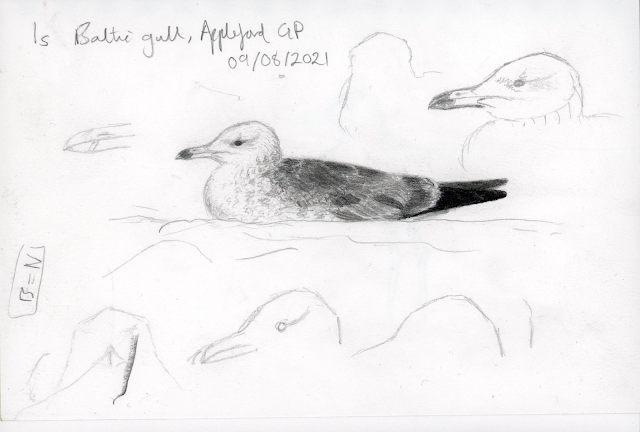